Before becoming the land of Vietnam, Nha Trang belonged to Champa. It is the reason why Cham sites are still appear in many places in Nha Trang. Nha Trang is well-known as the jewel of the East Sea, the Green jewel because of its natural value, beauty as well as its climate.

Nha Trang has many advantages in geography, convenient in road, railway, air and sea in and outside the country. It is the gateway of the South Central and the Highlands so Nha Trang has many conditions to expand exchange relations. 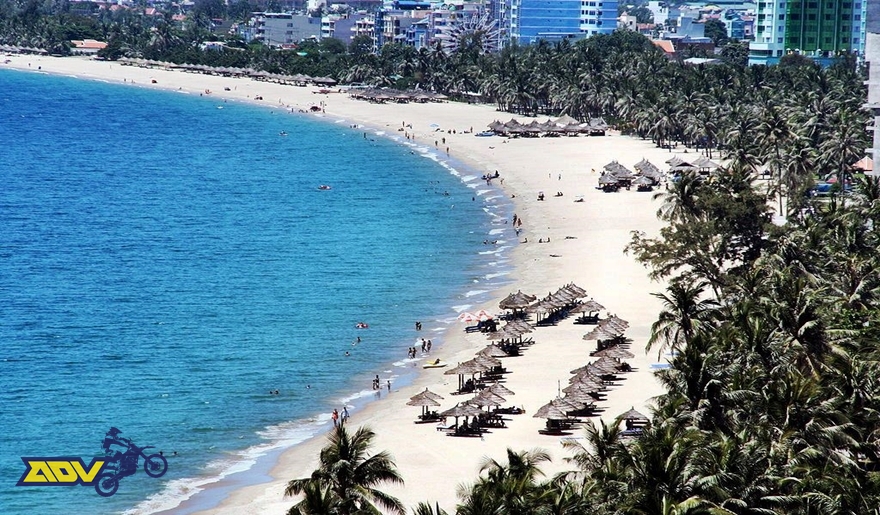 Nha Trang has a temperate climate that is still influenced by the oceanic climate. The climate in Nha Trang is relatively mild. The annual average temperature is 26 to 30C. Winter is less cold and prolonged dry season. Rainy season in winter starts in September and ends in December, rainfall accounts for nearly 80% of the total yearly rainfall.

Compared to the South Central Coast, Nha Trang is blessed with a favorable weather to exploit tourism almost all year round.

At the second Congress of the World's Most Beautiful Bays club in Tadoussac (Quesbec, Canada) in June 2003, Nha Trang Bay was officially recognized as a club member. It opens a big opportunity to promote Nha Trang - Khanh Hoa.

Nha Trang Bay is known for its small island system, which is one of the attractions attracting visitors to Nha Trang. Nha Trang Bay, with an area of over 500 km2, has 19 large and small islands scattered far and near, creating the both beautiful and poetic landscape.

The system of small islands in Nha Trang is very diverse, with many large islands such as Mun island, Tre island, Tam island, Mieu island, Ho island, Diem island, Mot island. They are not only beautiful on the shore but also beautiful in underwater. These islands are also the home and nesting of Salangane, Salangane nest is a famous specialty of Nha Trang in particular and Khanh Hoa in general, very high nutritious for health. Salanganes Nest Nha Trang, Khanh Hoa is a very meaningful gift to many visitors.

The first marine protected area in Vietnam with coral reefs and a population of pristine sea creatures which are not only unique in Vietnam but also in Southeast Asia is set in Mun island.

With the advantages of natural conditions, precious tangible and intangible cultural heritage and the interest in developing policies to develop tourism investment, Nha Trang city is now a bright spot in the tourism industry of Vietnam, becoming one of the tourism centers of the country and trying to meet the international standards.

Nha Trang is deserved as a paradise for sightseeing, tourism, convale scence and healing and in our Vietnam motorbike tours from North to South, Nha Trang is one of riders' favourite destinations in middle of Vietnam.